Some were messy. Some were messier. But only one was messiest. Glass Artist Mindy Meyn was awarded $200 in organizational supplies from Delphi as the winner of Delphi's Messiest Art Glass Studio Contest.

With more than 50 photo entries from art glass studios around the world, the competition was stiff. But Mindys mess received more than 70 likes on Facebook and 20 comments, (some nicer than others) making her the reigning queen of clutter.

Mindys studio, which she says is at its worst, only leaves her a small space to work in a very cramped corner of the garage. The rest of her garage, she says, is filled with multiple skis, backpacks and a kayak.

The contest was so close, that Delphi decided to award Robin Veverka, whose studio is also miserably cramped, a $50 gift card to Delphi. 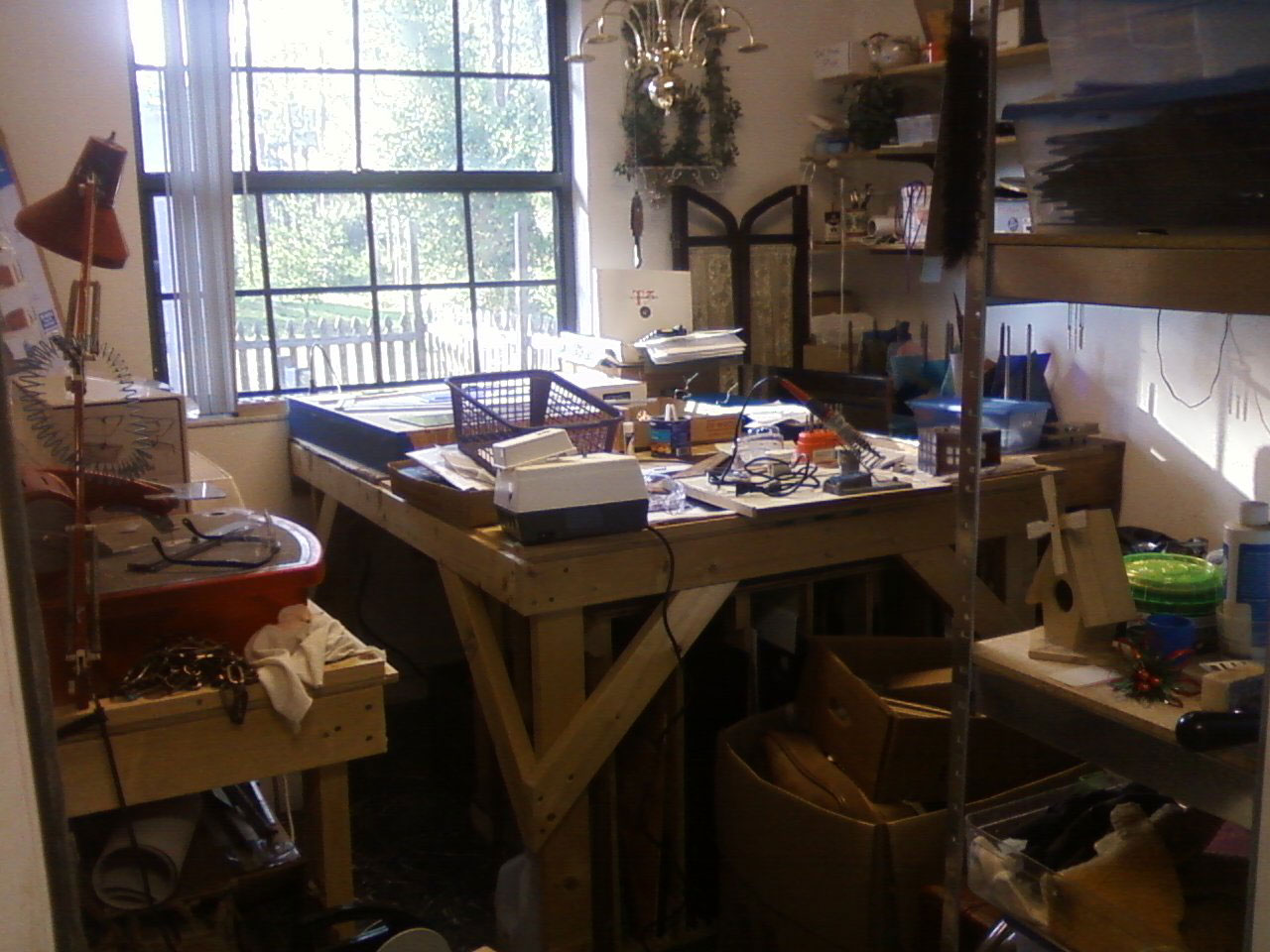 With so many wonderful (awful?) entries, Delphi is considering making this contest an annual event. Thanks to everyone who participated. We understand creativity can get messy!