For the last few years, Dan Daniels, founder of Delphi Glass, has had his eye on China.

With its rich art history and growing middle class, the country offers a new opportunity for the largest art glass retailer in America.

In the United States, art glass, like woodworking or quilting, is a popular pastime. But until recently, China didnt have the luxury of pastimes.

Ten or even five years ago, the Chinese didnt have the time or money to take on a hobby, Daniels said. Now thats starting to change.

As a result of economic development, leisure-time activities are becoming more and more common in China. People are spending free time with their families, playing outside or visiting the mall.

Art glass as an art form, however, is not new to China. In 2000, an art professor named Zhuang Xiaowei, who studied art 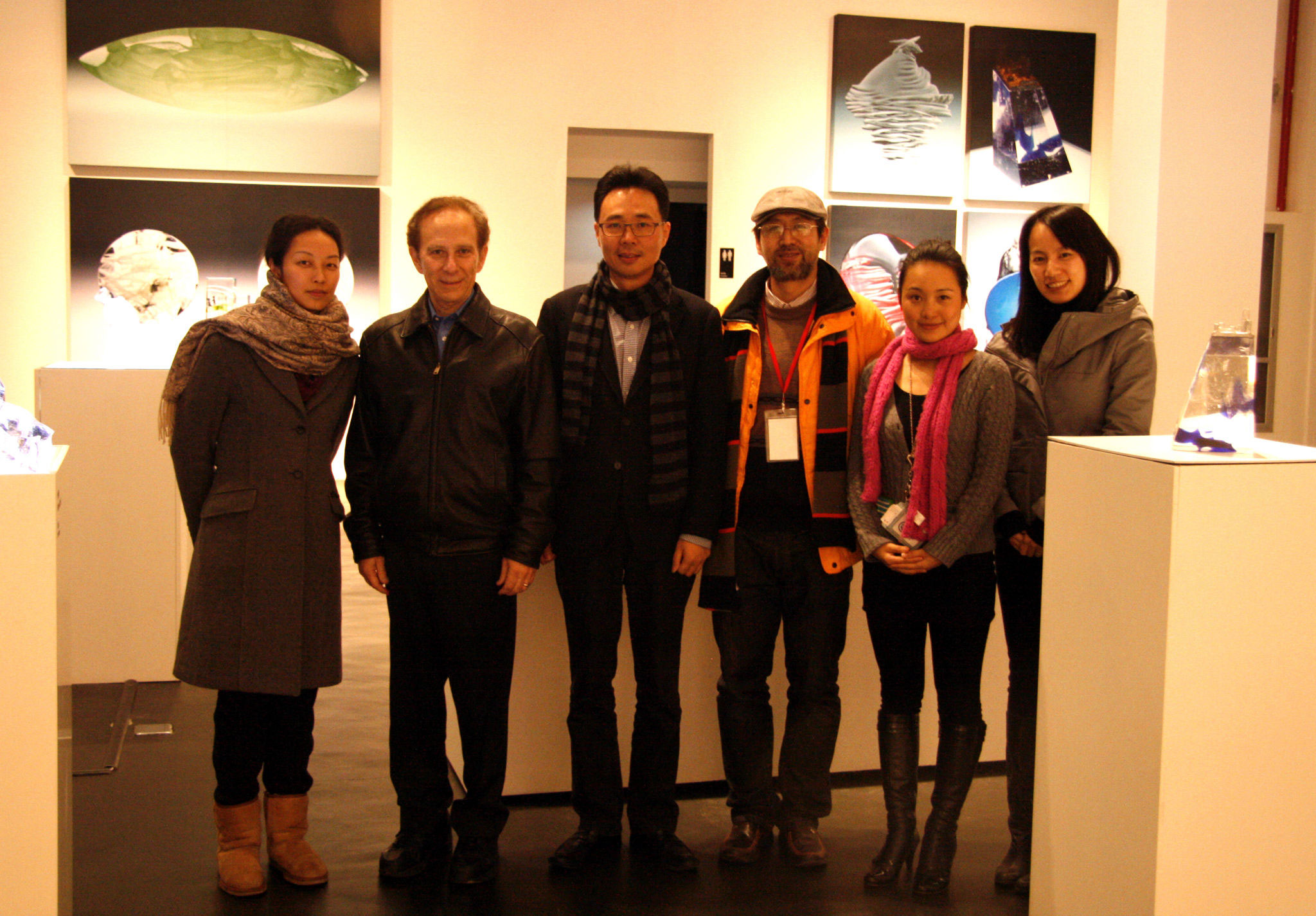 A testament to the popularity of the art form, the Shanghai Museum of Art Glass opened in May of 2011. According to the Museum, its opening was a momentous step forward in the development of the Chinese Glass sculpture movement.

On a recent trip to China, Daniels visited eight universities and art centers in six major cities in China. He met with four of Chinas internationally recognized glass artists including renowned jewelry artist Lu Chi and Professor Guan Donghai, whose work has been featured in TIME Magazine and whose sculptures start between

All of them were interested in expanding their art glass programs, Daniels said. But materials and instructional tools are expensive and difficult to obtain.

Resources are even harder to find for those outside of the university system.

The predicament seems eerily similar to the one Daniels faced 40 years ago when he was starting to teach stained glass classes at Michigan State University. Supplies and educational tools were very limited or altogether unavailable. Daniels decided to take matters into his own hands, and in 1972, he founded Delphi Glass in his garage. 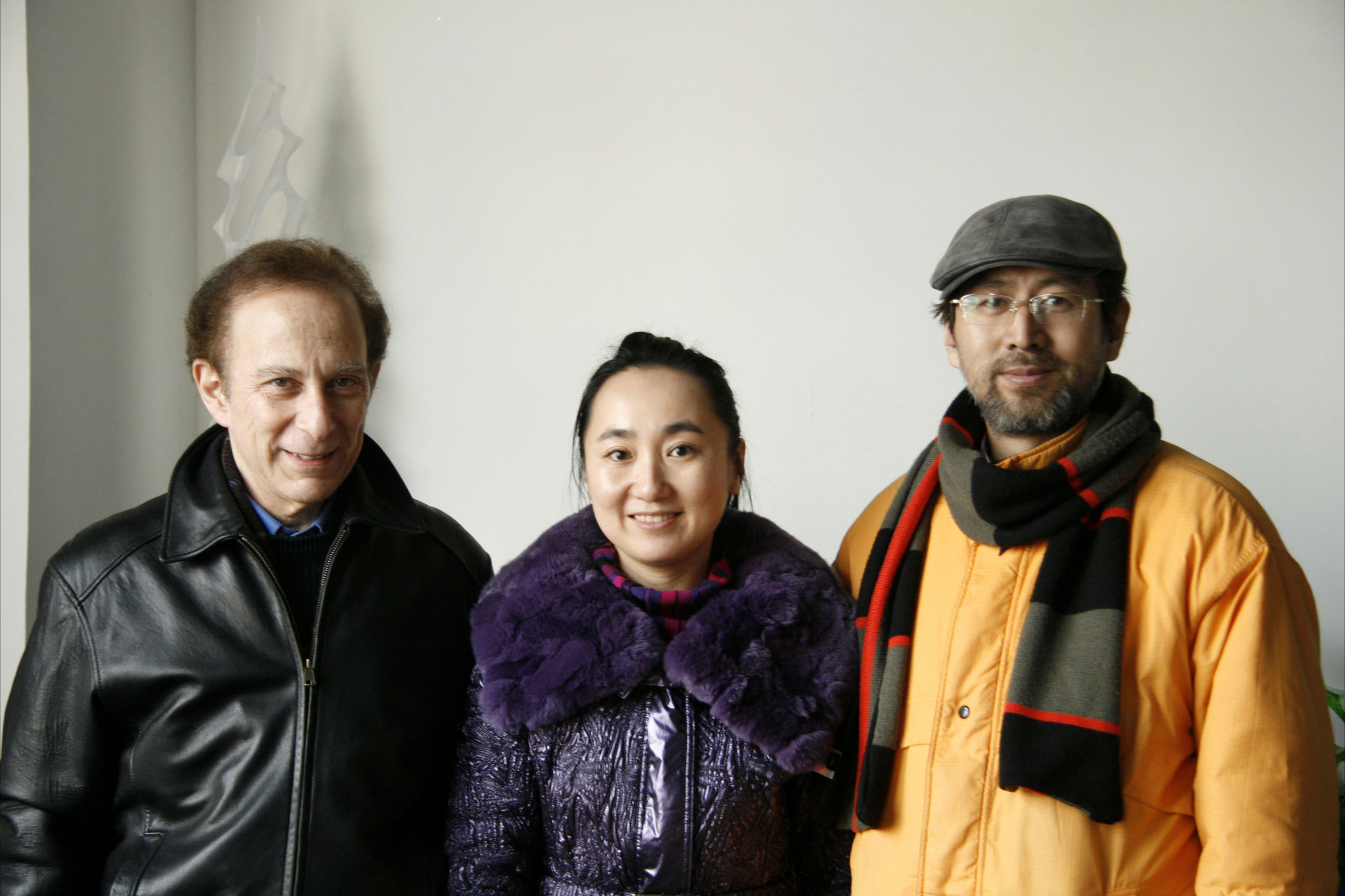 From there, Delphi Glass became the first company to make art glass accessible to everyone.

Today, the company offers more than 30,000 art supplies, and houses the country's largest selection of glass in its retail showroom and 45,000 square foot distribution center.

In 2010, Delphi began partnering with independent glass studios around the world, which act as Delphi Creativity Centers. These stores sell supplies, offer classes and are supported by Delphis marketing program.

Our mission at Delphi is to support talented artists, and the growth of art glass, in China and around the world, Daniels said.

In December 2011, Delphi China opened its doors in the Tianjin business district outside Beijing. Supplies and support are available for advanced artisans as well as beginners.

For now, the company is focused on introducing fusing and flameworking.

Delphi China plans to offer American-made System 96 glass, including Uroboros, which is harder to acquire, and is hoping to partner with local universities to develop a System 96 fusing program for students.

I think its the right time to establish these new art glass programs in China, Daniels said. We already have the supplies 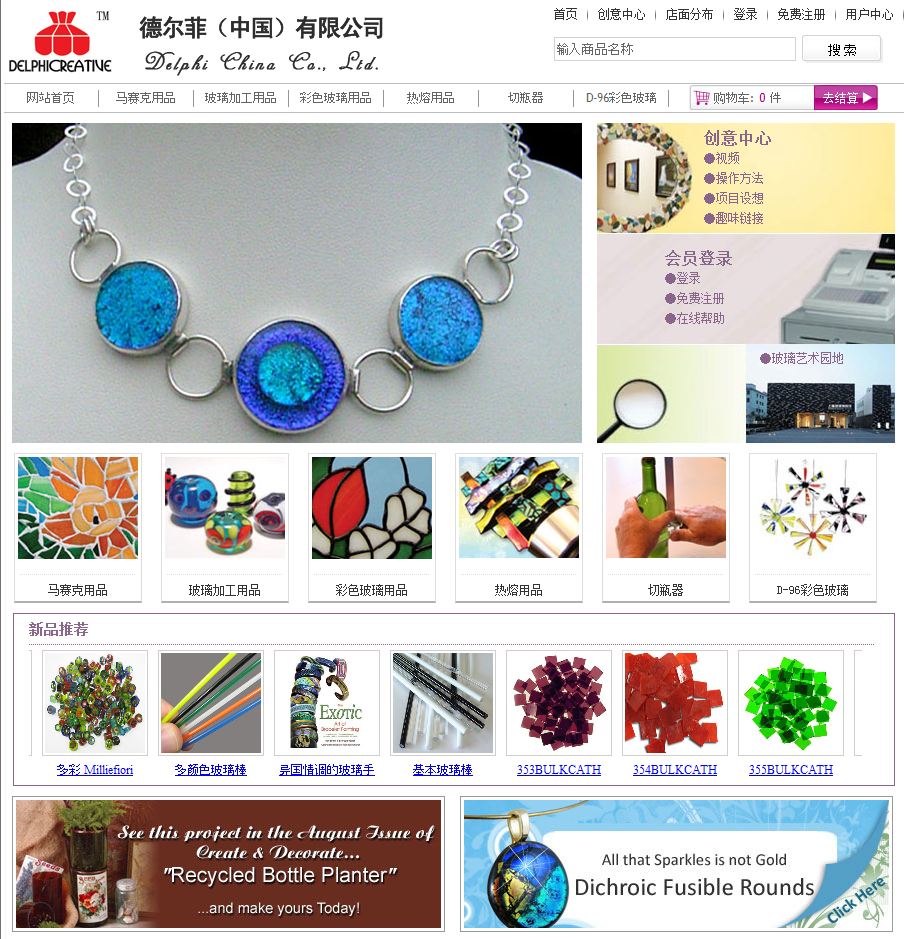 available and are working on setting up instructional opportunities.

With Chinese customers hungry for new creative outlets, Daniels is excited about the future.

Our vision that creativity should be fun and rewarding has been met with great success for the last 40 years, Daniels said. Were looking forward to 40 more successful years here and abroad.

Kay C.  •  January 18, 2014
This is very scary to me. I used to be a ceramics teacher. The Chinese began doing ceramics and we were put out of business. They could undersell us. Now the Chinese are doing glass. I wonder how long we will have? I'm already seeing stuff at Michaels and at craft shows. It's made in China. Makes me sick!

Have a Blast in Your Own Delphi Glass Private Party Class!

Learn a New Way to Be Creative with the New Class Schedule at Delphi Glass!

Meet the Delphi Bloggers - Experienced, Knowledgeable Associates who Love the Glass Art The people who write Delphi's blog, work in our store or answer our Project Helpline are artists in their own right. When you shop from Delphi you get experienced staff can help you select glass for projects, find the tools that are right for your budget and help you get started in a new art. That's why we're here, and why Delphi has been able to successfully help people around the world be creative since 1972. That's the Delphi difference! Delphi was founded in 1972 on the belief that making art glass projects should be enjoyable and rewarding for everyone, from beginner crafters to professional artists. We pride ourselves on customer service and expert knowledge about the crafts our customers enjoy. With 40 years of experience and retail, wholesale and educational divisions, Delphi is dedicated to our customer's satisfaction. Delphi is located in Lansing, MI. Photo: Leslie Sunderlin, Customer Service Lead, Glass Fuser

Delphi is Pinterested in Your Glass Art